Where next for tower crane safety?

One of the great controversies in recent years to hit the construction industry was the coalition government’s decision to scrap the Notification of Tower Cranes Regulations as part of its cost-cutting regime and an ongoing safety review.

The axing of the NTCR was just one of the many safety initiatives to be cut after the Lofstedt Review, recommendations which were accepted by the Department of Work and Pensions. 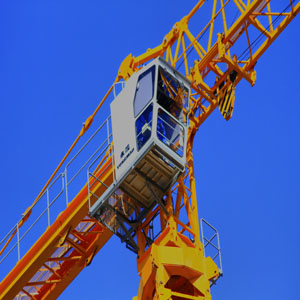 The decision to cut the regulations were met with strong protests from trade unions representing the construction trade and numerous safety organisations, claiming that the axe will almost certainly endanger the lives of employees working on and around tower cranes.

Speaking to the Construction Enquirer, UCATT union official George Guy said that the DWP should reverse its decision, and actually expand the register to involve any sort of crane being used in construction. However, the Health and Safety Executive welcomed the moved, saying it was part of a streamlining of work regulations that would “empower employers” to make the right decision about risks in the workplace.

Opponents think this attitude is dangerous in the extreme – removing the need for a statutory register means that corners may be cut by rogue operators, and accidents caused by shoddy practice is the last thing the industry wants.

It’s clear that the HSE is to take a more hands-on role in tower crane safety. They’re in partnership with interest groups to ensure the safety of tower cranes across the UK, and are developing new standards for their operation.  In the end, the HSE has the final say in regulating the design and erection of tower cranes, and can intervene when they see a problem.

The industry is concerned about this assisted self-regulation, but is committed to working non-stop to ensure that all crane operations – whether tower or mobile – are 100% safe.

Crane Hire Nationwide:
Call us on 0800 211 8785 - or complete our Free Quote Form opposite.
Learn more about our Contract Lift Services.

Get a FREE quote for your Crane Hire

Get advice and start saving money on your crane hire

We will get a quote to you within 24 hours